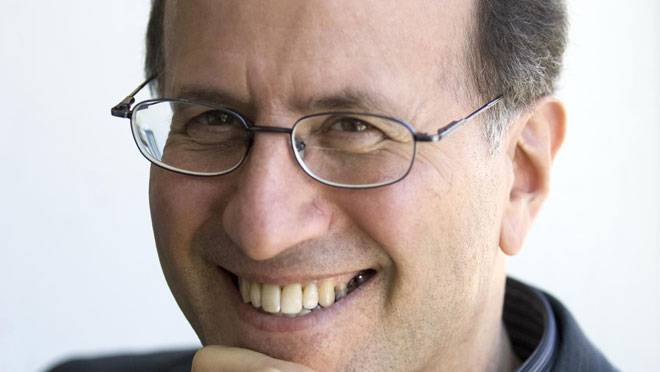 1. Tell me a little about yourself and why you went to the event.

“I’ve spent most of my time working on various non-profit ventures to “save the world”.”

It didn’t take long for me to realize that I was talking to someone special. Even in our brief conversation, it was obvious that Michael Chender is not only a bright and creative person, but someone who takes action to apply creativity to addressing problems, and helps others to do the same. Michael has held various leadership positions in business and non-profit ventures. In addition to running a business for 30 years that employed up to 50 people, Michael Chender is the now-retired founder of ALIA (Authentic Leadership in Action).

In 2001, Michael started ALIA as a weeklong experimental gathering to bring together organizational thought leaders looking to apply new approaches to strategy, leadership, and change. Since then, ALIA has continued to host an annual Summer Leadership Intensive attended by 250 people, bringing together mindfulness, collaborative methodologies, and the arts. ALIA has served as an early incubator for methodologies such as Art of Hosting, World Café, and Theory U. It is through ALIA that Michael was introduced to Myrna Lewis and Aftab Efran.  Sera Thompson was a long-time friend of the family who was first exposed to organizational change methodologies through an “emerging leaders” program at ALIA. Michael went to the Deep Democracy Leadership Forum in Halifax to support Myrna, Sera, and Aftab.

2. What happened at the session?

Michael is familiar with the Deep Democracy methodology. The event didn’t introduce anything new for him, but he felt it was put together in a coherent and user-friendly way. He was impressed by the power of the format, which allowed one person in particular to become spokesperson for a view and to ‘erupt’. Facilitators modeled sharing this role, which allowed the dissent to fully emerge and invited it to spread. Michael was impressed by how quickly the group got to the feeling of intimacy that they achieved and he left feeling very satisfied.

Michael’s experience and familiarity with the method allowed him to think about how it might be translated to so-called real-life situations. He felt that the sense of openness, mutual communication, and vulnerability between people was a powerful, pragmatic outcome of the method used at the event, but that in many contexts (such as business meetings), the method as a whole would seem too touchy-feely. What he found interesting is that despite this, there are a few aspects of it that are applicable even in those contexts, namely looking for the dissenting voice, inviting it in, and the iterative decision making process that seeks to build agreement by asking “what would it take for you to come along?”.

3. What did you learn or what insights did you take home?

“Practice strengthens an empathetic muscle that can easily get atrophied by lack of use. Otherwise, it’s sort of like saying, well, I meditated last month, so I don’t need to do it today.”

Michael said something that I have been thinking about since. He said that although he went, thinking he knew the material very well, more for the purpose of supporting Aftab, Sera, and Myrna, he was reminded that these methods are a practice that requires ongoing attention. The event ended up being useful practice for him and re-awakened his appreciation for the methodology.

Michael and I have different experience with Deep Democracy and other such methods (I’m completely new to this and he’s experienced in the field) and we are at different stages in our lives (I’m just starting my latest career and he has recently retired), but what he said was important for both of us beyond the context of the events we attended. It’s important to continue to develop interests and skills, and not to rest on what you’ve already achieved. We all know this, but it’s helpful to be reminded. Especially if your goal is saving the world. J

4. What do you notice about the method used at the event that was unique or different?

In his work as a CEO and in life in general, Michael greatly values dissenting voices within groups. The event had this at its centre, but was more therapeutically-oriented. Michael believes that in addition to dissident or recalcitrant voices, the treasure within a group can also come from the person who just doesn’t want to talk. He said that it was helpful and exciting to be reminded of this in practice during the event.

Michael found the event to be compact and coherent. He appreciated the way that the method was broken down into steps, one or two of which alone might inspire people and be something that they can incorporate in their context.

Although part of the same series, the events that Michael and I attended were at different ends of the country and were different in structure and substance. We were also approaching Deep Democracy from different points of view and levels of experience. Despite these differences, after speaking with Michael I found myself appreciating a little more the Deep Democracy dialogue event that I attended and my experience there. I had left the day feeling a little bit unsettled and unsure what to do about that feeling. Talking to Michael helped me feel more comfortable with this – to realize that what I experienced was a really interesting methodology that got a group to a place of vulnerability and intimacy quickly, and that is a unique thing to experience, even for someone who knows the method well.

Thank you Michael Chender for taking the time to speak with me.