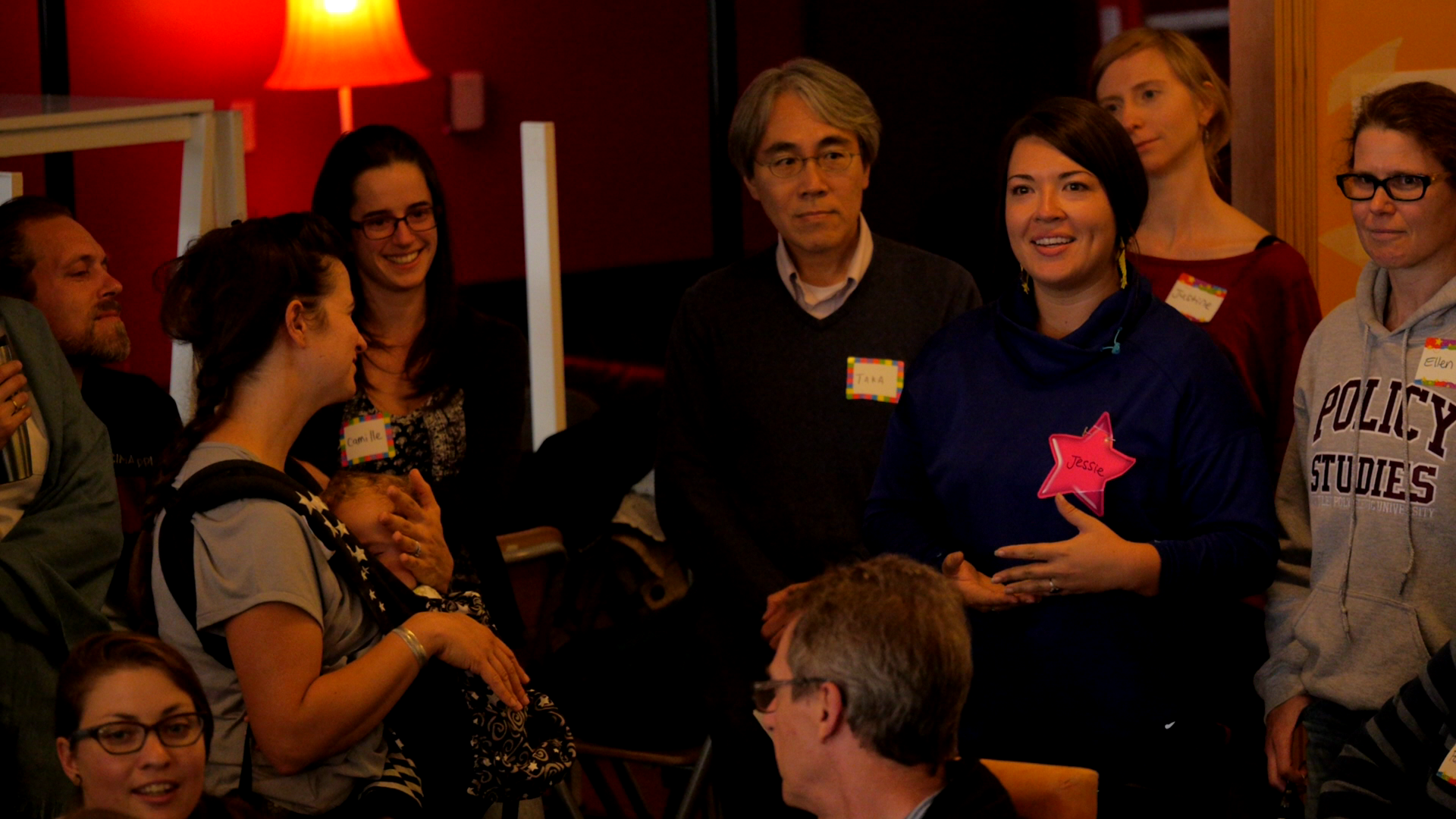 Deep Democracy: A New Form of Communication for the Politics of the 21st Century?

I had the pleasure of interviewing Danny Graham, the Chief Engagement Officer for Engage Nova Scotia, an organization whose aim it is, to create a more vibrant, resilient, and inclusive Nova Scotia. He is a strong believer in the power of Deep Democracy – a powerful endorsement given his background in Nova Scotia politics and restorative justice. We had a relatively brief chat one Saturday morning in November, focusing on Danny’s experience of a Deep Democracy dialogue his organization had sponsored on Oct 8th, 2015. Our conversation really tied together what I have been learning about the Deep Democracy method in a class with Aftab Erfan, and left me feeling hopeful for the future.

Communication for the 21st Century

When summarizing and writing about an interview, I would generally starts at the beginning, but something that Danny said at the end of our conversation so perfectly encapsulates the power and potential of deep democracy:

“If we are going to get into the meat of [the] question across issues related to justice, poverty, the environment, the economy – all of these issues that polarize us – we need to develop techniques that allow us to cut the crap and go deep. I feel that deep democracy may be the most hopeful process that I have seen for universally getting to the heart of what separates us in our big social, cultural challenges.”

This idea, for me, perfectly summarizes the last few months of learning in Aftab’s class, and draws attention to why I have been convinced that Deep Democracy could be the tool we need in the current global political landscape. While Deep Democracy can be used as a tool for negotiation, facilitation, organisation, visioning, problem solving, healing and countless other things, at its most fundamental, it is a tool for communication. It is simply a way for people to dig deep and really talk to one another. Herein lies the power of this method, and herein lies it potential to combat the polarization of modern politics. Whether we are talking about the vitriolic rhetoric of US presidential candidates (including, but not limited to Donald Trump), the alarming popularity of some right-wing parties in Europe, or the effectiveness of religiously couched extremist rhetoric in recruiting young people to carry out violence, across many political spectrums we are seeing a stark polarization. This presents a profound challenge to our democratic and social institutions, and our current methods of communication seem to be utterly inadequate. In this climate, I hope that Deep Democracy presents a way for opposing groups to come back to the table and begin a constructive conversation, instead of shouting across the divide that seems to separate them.

The Future of Nova Scotia

Canada has not been immune to the polarization of politics. The pressing issues that face Canadians have stirred activists and politicians, but their proposed solutions are often very different, if not opposing one another. Locally, in Nova Scotia, important conversations are taking place about the future of the province. A report on the future of Nova Scotia’s economic development, dubbed the Ivany Report after the report committee’s chair Ray Ivany, provided a starting point for a lively discussion on the future of the Province.

The Deep Democracy event that Danny took part in was organized to address precisely the issues that the Ivany report raised. The event was well attended by people from communities with a need and deep desire for change. Danny noted that his organization has a “great affinity with social entrepreneurs, disruptors, and people who want to see change.”

From Danny’s description, the session was very powerful. The conversations went deep quickly, directly to the heart of many of the issues. People spoke with candor and honesty, something that can at times be difficult for overly polite Nova Scotians and Canadians, as Danny quipped. The conversations revealed ideas or opinions that often surprised even the participants themselves. Tough conversations were had but as Danny put it, “the container stayed strong”.

What was particularly striking to me was when Danny talked about the fact that while many of the people in the room were advocating for change or considered themselves agents of change, through lowering the water line, much of the knowledge and wisdom held by the status quo or the “old guard” was voiced and acknowledged as having some merit. In many ways the deep democracy exercise allowed one side of an issue or ideology to better understand the other and to learn from the wisdom of the other. As Danny acknowledged, and I would agree, this was perhaps only possible because the group was on relatively the same level and trusted one another. It was a safe space to voice dissent or just examine views and opinions previously less explored. But this point speaks again to a strength of deep democracy, namely that it can be a powerful tool not only for fostering meaningful communication between different groups but also within a group.

Ultimately, as I noted at the beginning, deep democracy is a tool for communication. It is simple but effective in delving into tough conversations, be they about global issues or operations within an organization. I think this idea had been in my mind lurking just below the waterline all semester, but talking to Danny about his experience with Deep Democracy brought it to the surface and really clarified this for me. In the end of this learning experience, if I don’t come away with anything else, I will remember that Deep Democracy is an effective tool to really dig down deep and get to the heart of an issue, whatever it may be.